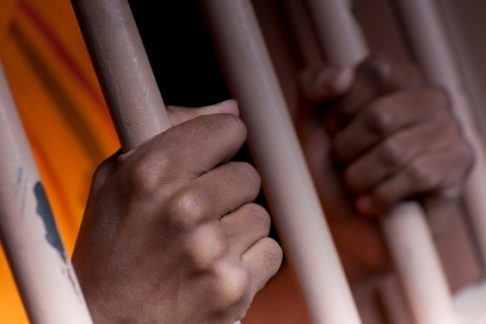 In April 2016, the Houston Press reported that a 46-year-old man booked on a misdemeanor theft charge and accused of stealing a guitar was beaten to death in a holding cell after being in jail for less than 48 hours. The man was denied a personal bond and could not afford his $3,000 bail.

The Harris County Commissioners Court voted 4-1 to appeal the injunction, and the Chronicle reported that the Fifth U.S. Circuit Court of Appeals announced it had set oral arguments for the week of October 2 in New Orleans. The county estimated that more than 2,600 people had been released since Rosenthal’s order went into effect June 6, according to the Chronicle.

On August 3, KTRK-TV reported that Harris County began implementing the Public Safety Assessment (PSA), a data-driven risk assessment tool that provides objective information that judges can use when deciding whether to release or detain a defendant prior to trial. The tool is colloquially referred to as the “Arnold tool” because it was developed by the Houston-based Laura and John Arnold Foundation (LJAF).

The injunction came as the result of a lawsuit filed in September 2016 by three individuals who were charged with misdemeanors that year and held in Harris County jail because they could not pay bail. The lawsuit alleges that the county unfairly jails those who cannot afford to pay cash bail and the “wealth-based pretrial detention system” violates the equal protection and due process clauses of the United States Constitution.

“In Harris County, secured money bail is not just a de facto pretrial detention order; it is literally a pretrial detention order,” Judge Rosenthal wrote. The Houston Chronicle reported that both District Attorney Kim Ogg and County Commissioner Rodney Ellis filed statements of support with the court for the lawsuit and praised the ruling afterward.

“This is a watershed moment in Harris County criminal-justice history,” Ogg said in a statement. “From now on, people can’t be held in jail awaiting trial on low-level offenses, just because they are too poor to make bail. … We welcome the ruling and will comply fully with it.”

The PSA or Arnold tool relies on nine different risk factors—none of which include race, ethnicity, or geography. “No longer will poverty or race or other factors be driving an assessment insidiously and invisibly,” Harris County Precinct 1 Commissioner Gene Locke told the Houston Press. “Now we have a race and class neutral that will allow judges assess fairly whether or not they should stay in jail.”

If you or your loved one has been arrested in Houston or a surrounding area of Harris County, you will want to make sure you have experienced legal counsel for help getting the lowest-possible bond for your release. Matt Horak is a dedicated Houston criminal defense lawyer who fights to protect the rights of individuals arrested for all kinds of criminal offenses in Harris County.